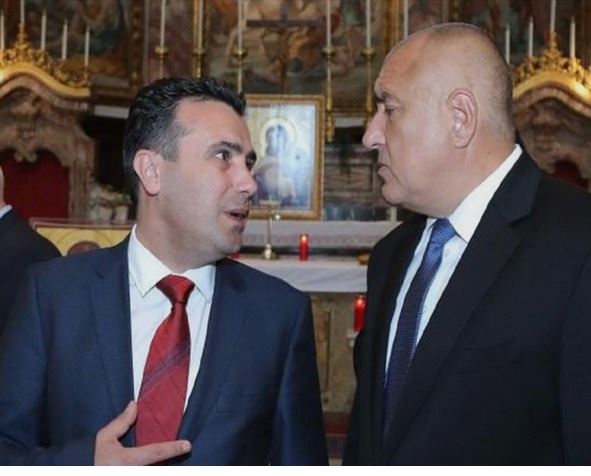 The only country that wants to see North Macedonia start the EU accession negotiations even more than Germany is Bulgaria, but I was surprised by the recent resolution of the European Parliament on Bulgaria regarding the issue of the alleged Macedonian minority in Bulgaria, says Bulgaria’s Prime Minister Boyko Borissov in an interview with Frankfurter Allgemeine Zeitung.

“There is no Macedonian minority in Bulgaria. What Macedonian minority should there be in Bulgaria? I am not aware of such a minority. I found out there was one in the resolution. Considering that the Bulgarian socialists in the EP supported this resolution obviously shows their belief that such a minority lives in Bulgaria. Instead of having a positive debate on North Macedonia’s European path, we are now facing an entirely different debate. I was really upset by the course of developments,” says Borissov.

He says a compromise with North Macedonia is possible while adding that knowledge of history is important.

“After World War II, the Bulgarian communists and the Communist International, controlled by Stalinist Moscow, wanted to forcefully turn Bulgarians in Macedonia into Macedonians out of ideological reasons. Bulgarians there were forced to be called Macedonians. If certain erroneous claims emerge in the EU accession process and I fail to react, my political opponents will say: Borissov sells Bulgarian history and succumbs to pressure of European partners,” says Borissov in the interview.