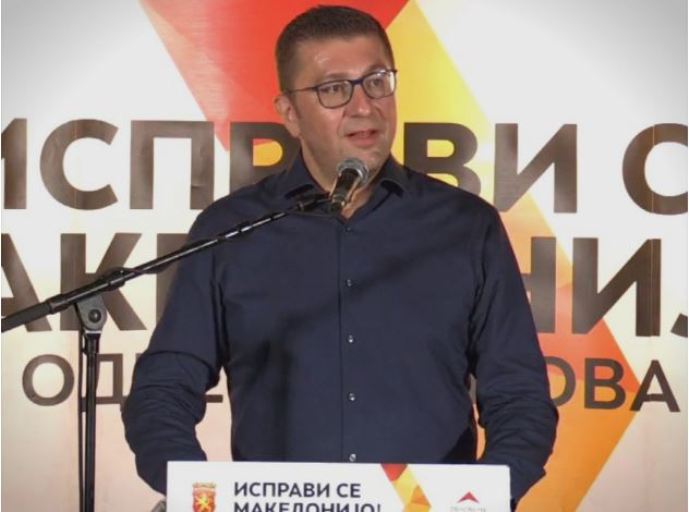 I hint again that the Prime Minister Zoran Zaev is preparing a national defeat, but it depends on each of us whether we will change it, everyone as an individual can do many things, but together we can do everything, said opposition leader Hristijan Mickoski on Sunday.

The leader of VMRO-DPMNE said that “this battle” requires “people” who will dare and oppose.

“If now, in these moments, we do not go out and oppose for days, it will be too late. And I have to tell you this loud and clear so that we can be clear. If we do not come out now and resist, we will have no right to say later why we did not change things. Now we can, and every one of you needs that. We need this now, so as not to be too late. All those who have differences and remarks towards each other must be forgotten, in order to prevent a new erasure and a new bending of the spine,” Mickoski said in his address.

He added that we must not remain silent before the “assimilation” and not allow Prime Minister Zaev to “change history, but to become history”.