Home Macedonia Opposition protest –Zaev’s resignation to stop the sale of everything that is... 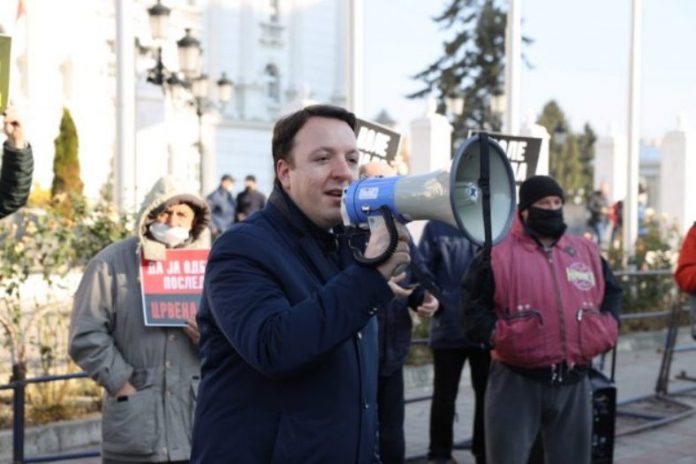 The sale of everything that is Macedonian by Zoran Zaev must end today, said VMRO-DPMNE Vice President Aleksandar Nikoloski, addressing the citizens gathered in front of the Government on Tuesday to protest against secret negotiations with neighboring Bulgaria led by Zaev’s government.

“This blockade is a message to those behind us, sitting in that building, led by Zoran Zaev, that this is the moment when they need to resign and stop humiliating Macedonia. Resign today, before it is too late. Resign and stop trading away the Macedonian history, national identity, the Macedonian language and culture”, the opposition’s Vice President Nikoloski said.