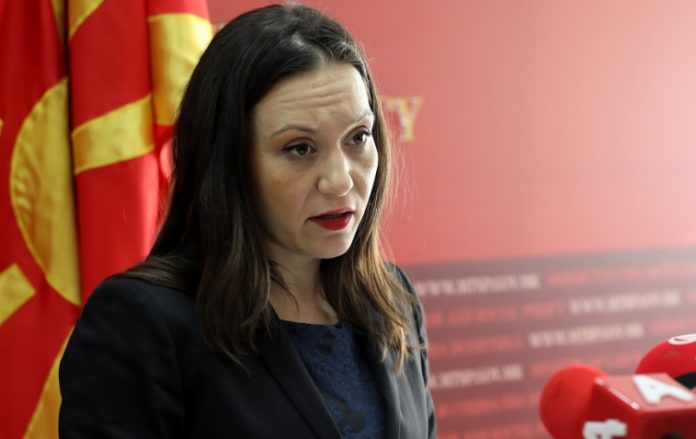 MP Rashela Mizrahi last night at the protest under the motto “Zaev’s resignation, freedom of the people” in front of the Ministry of Foreign Affairs told the citizens that they should oppose Zoran Zaev and his bad policies and nationalism. Zaev’s policies lead to the loss of identity, language and history. If that is lost, Macedonia is lost.

– How proud should his descendants be when they read these verses? I hope they are, said Mizrahi.

Mizrahi pointed out that Panko Brashnarov as the oldest delegate opens the first session of ASNOM. He opens the session with the following words – “Comrades, people’s representatives at this moment, in this historic place St. Father Prohor Pchinski and on this historic day Ilinden I announce that the first anti-fascist Assembly of the national liberation of Macedonia is open.

What would the people of Ilinden say, did they deserve to have their bones turned over with something? And not from the enslavers, but from those who currently lead the country, which was left to us by the Ilinden people and the Partisans in the Covenant, a free Macedonian state with a free national language and centuries of history, a state of all its citizens, said Mizrahi.

Mizrahi added that this gathering is not against any neighboring country, but is against Zaev and his team who are selling out the national interests for which the Macedonian heroes gave their lives. Zaev has no mandate to erase history and write it as he pleases. This must end as soon as possible.