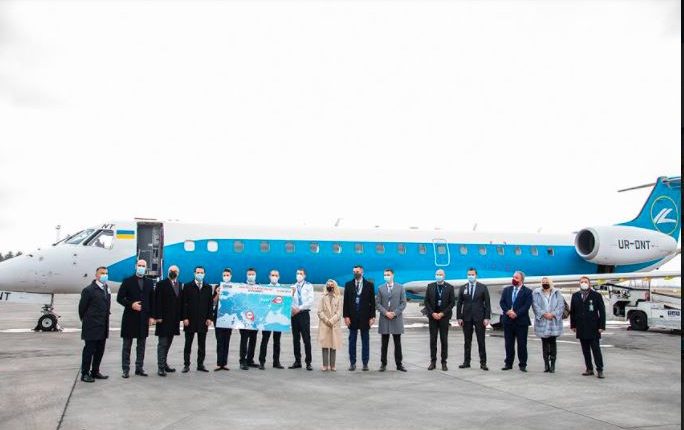 At the launch of Ukrainian airline Windrose’s twice-a-week service between Skopje and Kyiv — aimed at promoting trade, tourism and business between the two countries — the air carrier’s first plane landed at the Skopje International airport Sunday.

According to Windrose announcements, flights from Kyiv to Skopje will operate throughout the winter season, as well as during the summer season in 2021, which begins in late March.