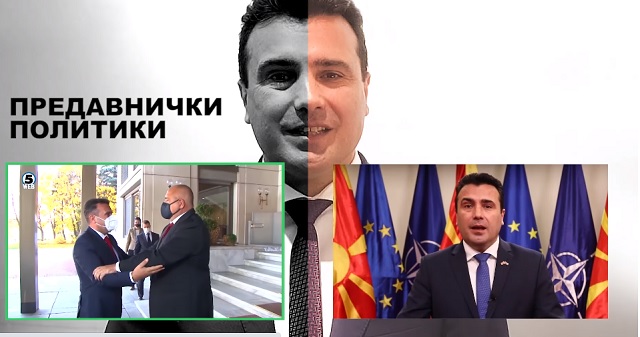 Zaev behaves like a person with split personality. While selling the identity, he gives up the anti-fascist struggle and negotiates for the adjective Macedonian, pretends to be a fake patriot and talks about red lines, wrote VMRO-DPMNE leader Hristijan Mickoski on Facebook.

“He swore on what he holds dearest and later gave up Macedonia. When he recites the poem about the wire, we know that he is lying, and Macedonia is recording loses. See what a man who behaves like a person with split personality looks like, a man from whom no future can be expected. Zaev’s resignation, freedom to the people,” wrote Mickoski.