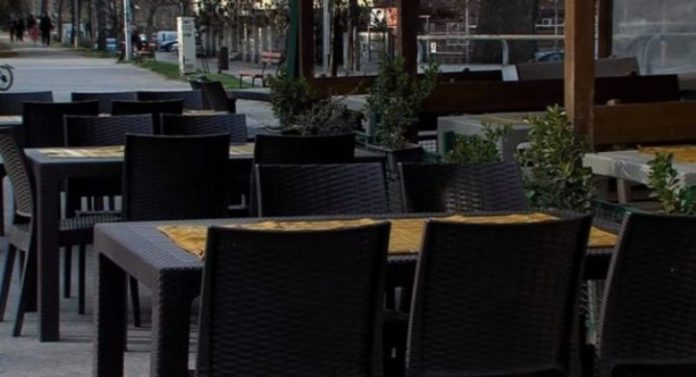 The Commission for Infectious Diseases will put forward to Government a new set of restrictive measures to be adopted for the period from December 18 to January 21, so as to curb the spread of COVID-19 over the upcoming holidays, the Ministry of Health said on Monday.

The restrictive measures refer to working hours of hospitality facilities, public gatherings, recommendations to the religious communities, to workplaces and recommendations regarding the work of the restaurants in the hotels, Health Minister Venko Filipche said.

The Commission will suggest the Government to restrict the working hours of the hospitality facilities by 6 pm instead of 9 pm.

The ban on public gatherings remains in place and the local self-government units should intensify the monitoring on implementation of this measure.

Moreover, the Commission for Infectious Diseases recommends public gatherings to be banned in squares for New Year’s Eve celebrations as well as any kind of gatherings during the holidays.

The Commission will submit a recommendation for gatherings in apartments for the upcoming holidays and will recommend the hotels to close their restaurants after 9 pm.

Regarding religious holidays, the Commission for Infectious Diseases said that the ban on outdoor gatherings of more than four people remains in place, while inside the buildings the recommendation is in force that the number of persons not to exceed 30 percent of the total capacity and that all persons should wear face masks.

The Commission also suggests any celebrations within workplaces to be banned.

“We suggest restricting home gatherings for the upcoming holidays and people not to leave home after 6 pm, and to leave home only for essential needs,” Filipche said.

The Commission for Infectious Diseases is to put forward to the Government on Monday a new set of restrictive measures to be adopted and to enter into force on December 18 and be valid until January 21.

Representatives of the Independent Catering Chamber attended today’s meeting of the Commission for Infectious Diseases, and expressed their disagreement with the new set of restrictive measures regarding the working hours of the hospitality facilities and submitted their proposals to the Commission.