Home Macedonia Nikoloski: The government needs to resign as soon as possible because of... 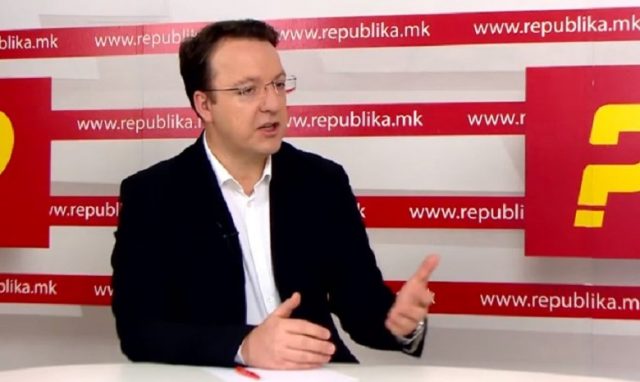 This is a coalition of national traitors. Prime Minister ZoranZaev gave up everything that is Macedonian, went to a place where no Macedonian would go in denial of the Macedonian language and identity, culture and identity. This government needs to resign as soon as possible, the people are with us, on the streets, in the Macedonian towns and villages at the protests, said VMRO-DPMNE Vice President AleksandarNikoloskin an interview with Republika.mk.

As long as Zaev and SDSM are in office, says Nikoloski, Macedonia will not be allowed to begin EU accession talks, because it fails to implement basic reforms and because the Government is involved in major corruption scandals such as the “Racket” case.

Regarding the negotiations with Bulgaria, Nikoloski explains that if they remain on the current requirements, there is no room for an agreement, but it is important to know “what loans are used to enter the negotiations”.

According to him, Borissov’s attitude towards Zaev is as it is, because the Macedonian Prime Minister promised that if he receives support, he will deliver all this.

“Now they are coming to collect. VMRO-DPMNE made no such promises and we couldn’t be blackmailed. Throughout our past, all the harmful treaties, from the abbreviation FYROM down to the treaties with Greece and Bulgaria were signed by SDSM. VMRO-DPMNE never signed a treaty that is harmful to Macedonian national interests,” Nikoloski said.