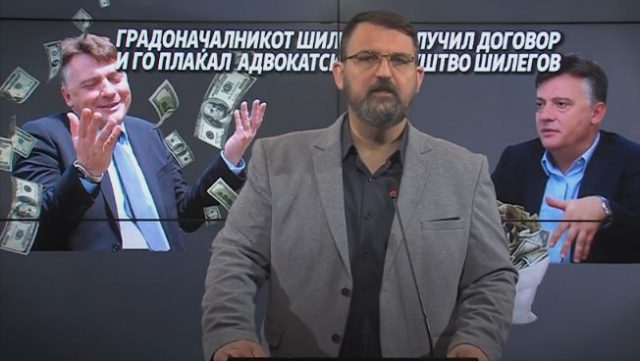 “While Macedonia is drowning in debt, workers are waiting for help, citizens are getting poorer, crime and corruption by SDSM officials are growing, VMRO-DPMNE spokesman Naum Stoilkovski told a news conference Saturday, citing the case of Skopje Mayor Petre Shilegov as an examplewhen he hired his own law office for legal services for the needs of the City of Skopje.

“As Mayor of Skopje, Petre Shilegov is paying consulting fees to himself. Not satisfied with his salary, Petre Shilegov the Mayor signed a contract with the Shilegov law office. Instead of improving services for the citizens of Skopje, Shilegov is syphoning money from the public coffers and diverts them in his own pockets,” Stoilkovski said.