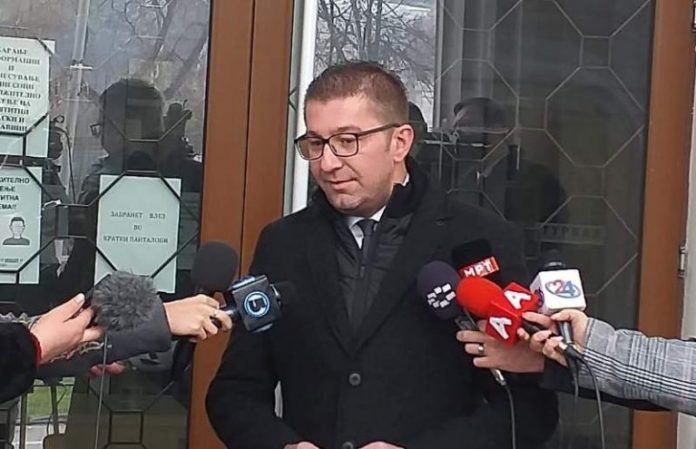 VMRO-DPMNE leader Hrisitjan Mickoski testified Friday over the April 27, 2017 events in Parliament. He was a member of the party’s Executive Committee in 2016 and 2017 and later the party’s Secretary General.

Mickoski explained that defendants Mile Janakieski and Spiro Ristovski were in no way related to the protests that took place at that time, nor was the party behind them. He said that the protests were the result of the people’s dissatisfaction with the developments in the country.

“I also attended the protests when I could and supported them,” Mickoski said.
On that specific day, Mickoski was in a meeting outside his workplace and on his way back he went to the Parliament where people had already gathered to see what was happening.
“I came to the front of the Parliament, but I never intended to go inside,” said Mickoski.