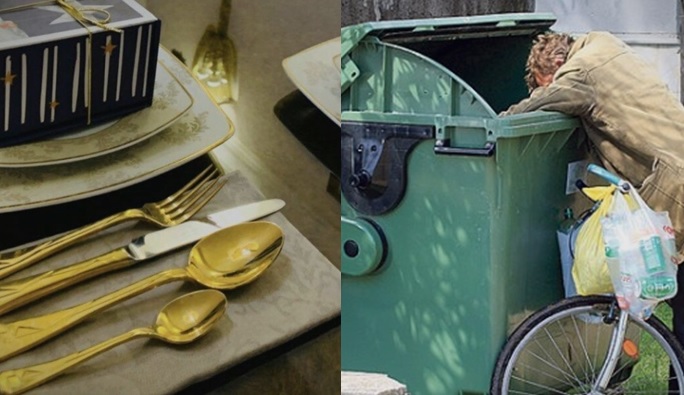 Zoran Zaev and the Zaev family shamelessly make fun of the people. While people are sinking into poverty, Zaev is eating with golden utensils that cost as much as the semi-annual income of an average family, said VMRO-DPMNE in today’s press release.

The Zaev family eats with golden spoons while half a million citizens live in poverty with only 2 euros a day. Zoran Zaev does not care that 54,000 people lost their jobs last year, and another 50,000 other citizens receive irregular salaries.

Zaev had lunch with luxury gold utensils, and the state owed him 1 billion euros for a quarter, made the budget hole 920 million euros, and allowed 200 million euros of individuals and legal entities to fail in the scandalous liquidation of the Eurostandard Bank.