Home Macedonia Prosecutor states no evidence or indications for Veljanoski’s connection to the “Monster”... 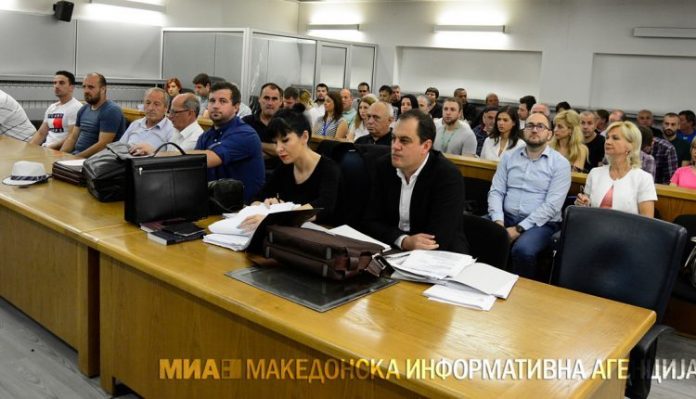 The retrial for the “Monster” case has come to an end, and Prosecutor Fatime Fetai, who as part of the former SPO took over the case with her colleagues, began her closing arguments Thursday in the Basic Criminal Court

From the very beginning, she said she must clear the way and refute the various theories imposed by the defense and which appeared in various media in connection with the five murders at Smilkovsko Lake on April 12, 2012.

In her closing arguments, Fetai refuted the theory about the connection of the former Parliament Speaker Trajko Veljanoski to this case.

“Information was also spread that the children were in close contact with Trajko Veljanoski’s son and daughter, with whom they were friends, and allegedly that is the reason why they were liquidated. No evidence has been proposed so far, nor have there been any indications that the murdered children knew the children of a high-ranking official, much less that there were any debts,” said Fetai.