Home Macedonia (VIDEO) He used our case to advertise himself for five months, say... 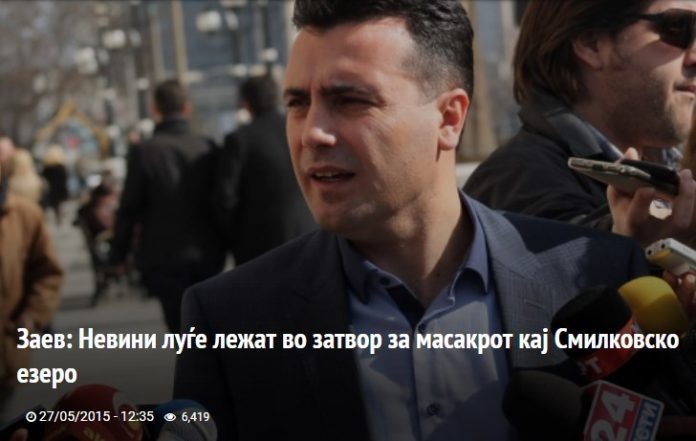 Even before Zoran Zaev to appear as a witness in the retrial for the massacre at Smilkovsko Lake at the request of the defense team, the parents of the murdered boys already knew that everything he had previously promised and said was a lie. Yesterday, Prosecutor Fatime Fetai in her closing arguments on one of the most tragic cases in the Macedonian judiciary said what most people knew – Zaev lied, there were no recordings, there was no evidence that “innocent people were in prison.”

The father of the one of the murdered young men Aleksandar, Goran Nakjevski, on behalf of all the parents, said several times that they were played by Zaev and that they consider him a bigger monster than the murderers.

In an interview with “Vo centar” show, he also reveals what the then-leader of the opposition promised them, just so he could come to power.