Home Macedonia How SDSM partisanizes the Judicial Council: The president will be elected by... 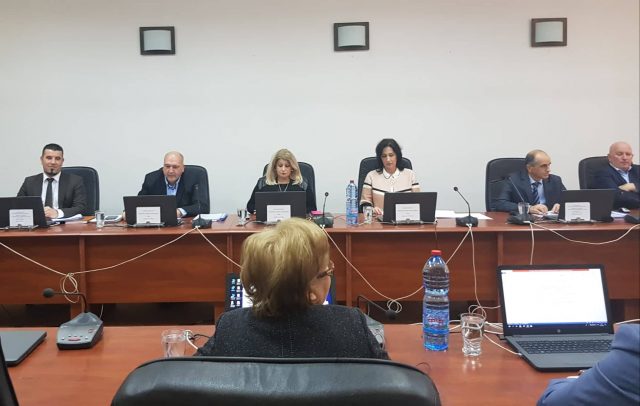 Starting April of this year, with the expiration of the mandate of President Kiro Zdravev, the Judicial Council will no longer be able to be chaired by a member elected from among the judges, who are a majority in the Judicial Council, but one of the five members, political cadres elected by Parliament, reports the Svedok.mk portal, citing sources from the ruling party.

“This harshest partisanship of the Council is included in the law from May 2019, when the Ministry of Justice was led by the party” reformers “in the judiciary from the ranks of SDSM, Renata Treneska Deskoska and Oliver Ristoski. The minister is now only a university professor, and the deputy became a member of the SEC a few days ago,” reads the article released by Svedok.mk.

In the Official Gazette No. 102 of May 22, 2019, the following restrictive decision was published, according to which judges cannotbe presidents of the Judicial Council, i.e. have no right to re-election.

Sources from the working groups that worked on the law, told Svedok.mk that this was added in a criminal way when the phase was completely completed, and the law from the Ministry of Justice was in the process of being sent to the Parliament.

Therefore, all the blame for the classic case of partisanship of the Judicial Council should now be shifted to the SDSM staff, RenataDeskoska and Oliver Ristoski.

As things stand now, the article adds, the new president should be from the ranks of DUI, and SDSM should get a deputy.