Home Macedonia Mucunski: Only identity issues are discussed with Bulgaria, another proof of foreign... 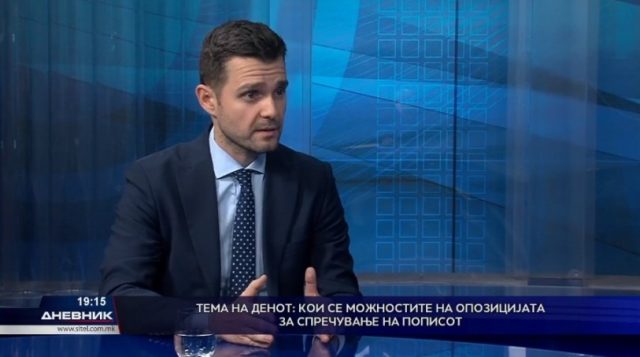 The talks that are taking place with Bulgaria, and are only about identity issues, are another proof of the amateurism of the government that we have at every level of government, such as in foreign policy, economy, education, census, VMRO-DPMNE MP Timcho Mucunski told TV Sitel, and added that all processes in the country are conducted in an amateur way, as well as that the government has no will to unite views on national interests.

“What I find concerning is that only identity issues are discussed with the Bulgarian side, it is just another proof of the amateurism that we have at every level of governance in foreign policy, economy, education, we look at the census, they are driven in an amateur way. The processes in the country, without reaching a consensus with the main opposition factors, and on the other hand are negotiated with a party that is very commendable in its negotiating positions, because it has a uniform position in Bulgarian society,” Mucunski said.

Mucunski pointed out that Bulgaria is using the leniency we have in foreign policy, which is a principle of lack of cohesion for national issues and essential national interest due to the huge lack of will on the part of the government and the amateur way of governing by SDSM.

“I would not expect the EU to have a principle that is different from the fundamental principles on which the existence, integration and development of the EU is based, and one of the ways in which nations differ is through different languages, so we must not accept any negotiations, facilitated by anyone on issues of an identity nature, it is best to declare it publicly in the Parliament as we requested, I’m sorry that there is no desire on the part of the government to do the same,” said Mucunski.