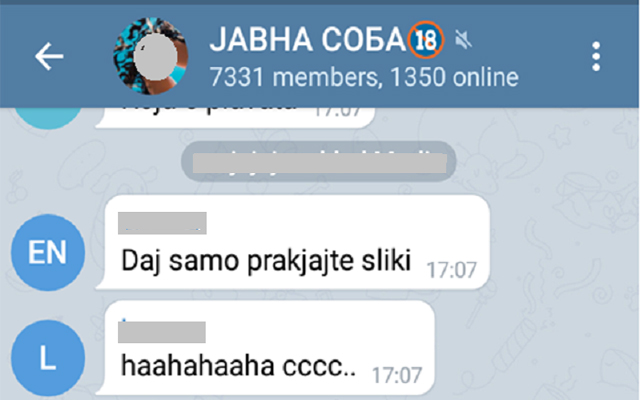 We sent request to the Telegram social app demanding that the” Public Room” group chat be removed and we will keep insisting on our demand being met, Prime Minister ZoranZaev said Thursday.If the encrypted messaging services doesn’t shut down the Public Room group, where private-owned photos and child pornography is shared, Zaev said that ways to block or restrict the app in the country will be considered until the service starts cooperating with local authorities to identify those sharing illegal content, reports NetPtress, citing Free Europe.

“As government, it doesn’t cross our mind to censor communications, but this is entirely different. We have to protect our citizens,” the PM said writing on Facebook, adding he hoped it won’t come to that and Telegram will respond to the request and start to cooperate.

“To all those sharing photos of others in that group – stop doing it right this moment and leave the group. At the end of the day, we will identify you, you will be charged and held accountable for what you had done,” Zaev urged.

Earlier, the Interior Ministry said police arrested two men from Veles and Bitola in connection to the Public Room case, while President StevoPendarovski demanded accountability and resolution to this case as soon as possible.