Home Macedonia Board of Veterans: No street should bear the name of a KLA... 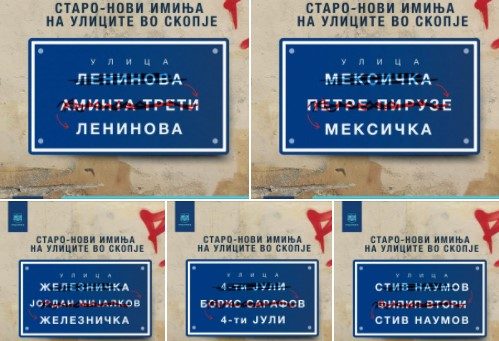 The Board of Veterans, which includes former members of the Macedonian security services involved in the 2001 conflict, reacted sharply to the announcement by Skopje local authorities to change the names of some of the capital’s streets.

The scandalous proposals for the names of people from the Prizren League can be costly in relation to the interethnic relations in the country, the defenders warn, explaining that those people called for the creation of the so-called Greater Albania, an idea that in 2001 was the main motive for the armed of the group in Macedonia as it acted as part of and with the open support of the Kosovo Liberation Army (KLA).

“Putting names that would certainly fuel interethnic relations, I am sure that is not right, no matter what their coalition agreement is. We know that those with weapons, violently tried to change the order in the country,” said Marin Najdov of The Board of Veterans of Macedonia.