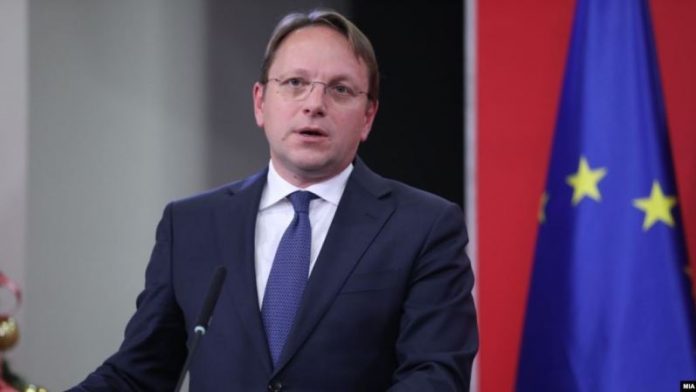 He praised the new enlargement methodology which helped lift France’s veto for starting accession talks with Albania and Macedonia.

“This new methodology is already reflected in the draft negotiating frameworks for Albania and North Macedonia. Member States have not yet reached an agreement on them and discussions are continuing in the Council. We are supporting those efforts; I hope that the first intergovernmental conferences can be convened as soon as possible under the Portuguese Presidency,” said Várhelyi.

Moreover, he added that the Commission considers that all conditions for holding the first Intergovernmental Conference on EU accession negotiations with Albania are now met, thanks to important reforms on the electoral law, the rule of law, and the justice system, including the vetting of judges and prosecutors, which the Commission is closely monitoring.

“North Macedonia has maintained a steady pace in the implementation of EU reforms, in particular in the area of the fundamentals. It is important that mutually acceptable solutions are found to pending bilateral issues between North Macedonia and Bulgaria swiftly,” Várhelyi noted.