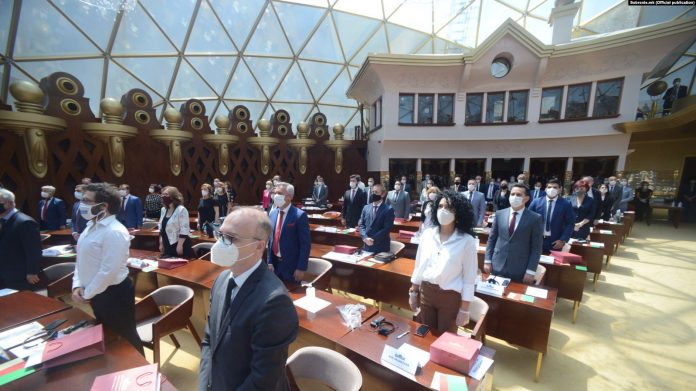 Good morning everyone, I am Antonio Miloshoski, a citizen of the Republic of Macedonia, but also a target of some people who do not have better things to do so they spread misinformation. However, we are used to being attacked “ad hominem” for a long time, when there are no other arguments. And I see that yesterday was Karakachanov’s attempt to throw a lifeline to save the government, said Antonio Miloshoski, MP and member of the VMRO-DPMNE EC on an interview with Radio Lider.

No VMRO-DPMNE MP owns a Bulgarian passport, and in the next couple of days we as a parliamentary group of VMRO-DPMNE will submit an amendment to Parliament that will refer to the Law on MPs, the Law on Elections, and it will say that an MP candidate for Member of Parliament of the Republic of Macedonia can be a person who has only citizenship of the Republic of Macedonia and has no other dual citizenship,” said Miloshoski.