Home Macedonia Mickoski comes out as a winner,  blackmailed “Marriott coalition” – a weight... 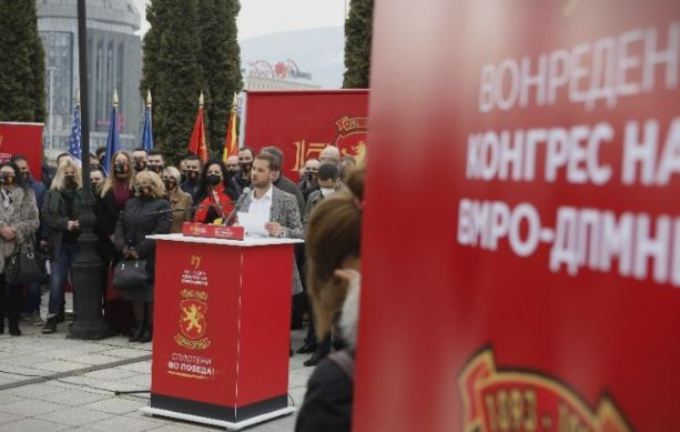 After Thursday’s announcement of the so-called “Initiative Board for convening an Extraordinary Congress of VMRO-DPMNE”, it canceled the fictitious congress allegedly scheduled for March 28 in Skopje.

“Due to the deteriorating epidemiological situation and the delay with the technical preparations, the Initiative Board made a decision to postpone the scheduled Extraordinary Congress. The initiative board will inform the delegates and the public in a timely manner once the new term is determined,” reads the statement.

But it is very likely that the withdrawal of the “congress initiators” within VMRO-DPMNE is a result of the prevailing public opinion regarding the recent escape scandal and the still unexplained return of their open sponsorSashoMijalkov. Namely, after the polls on the public menu showed that the vast majority of citizens think that such a charade is a transparent political bargain between the former head of the secret police and the current Prime Minister, it was more than obvious that the activities of the “initiators” abruptly stopped. Specifically, yesterday is in fact their first public announcement three weeks after the scandal with the escape of their biggest financier.