Home Macedonia The Macedonian way is not only songs and love, but also a... 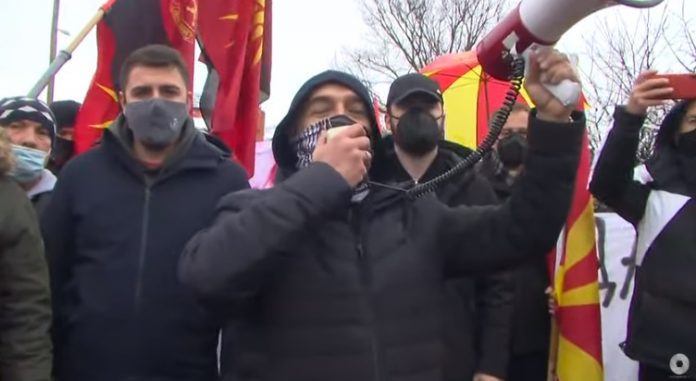 Grief brings us closer, but pain unites us. The pain that they are suffering, the pain that their families are suffering is the eternal struggle of the Macedonian in the fight for freedom, said Toni Mihajlovski at Sunday’s protest in support of the defenders of the Constitution in front of the Shtip-based prison.

“We have always made sacrifices, they say that the tree of freedom should be regularly watered with the blood of patriots, but the tree of freedom should also be watered with the blood of tyrants. We came today in a traditional Macedonian way with love and song to give them strength, courage, to endure in this fight. But, to tell them that the Macedonian way is not just song and love, there is a great struggle and desire for justice and revenge…. Macedonia, and to put there these infidels, traitors who rule only through pain. Justice will come for them,” said Mihajlovski.