European Commissioner for Neighborhood and Enlargement Olivér Várhelyi addressed MEPs on Wednesday ahead of the debate on the annual progress reports for Western Balkan countries and expressed hopes for holding the first intergovernmental conference with Macedonia by July 1, during the Portuguese EU Presidency.

Várhelyi praised the draft-progress report on North Macedonia, underlining that it’s in line with the main findings of the European Commission’s report.

“Good neighborly relations form an essential part of the country’s process of moving towards the EU. It is important that bilateral agreements, including the Prespa agreement with Greece and the Treaty on Good Neighbourly Relations with Bulgaria, continue to be implemented in good faith by all parties. In such a pivotal moment, I encourage both Skopje and Sofia to redouble their efforts to find a mutually acceptable solution to the pending bilateral issues. I would like to echo your report by encouraging all parties to act in a constructive manner and to refrain from statements or actions that might undermine the EU’s wider interests,” said the Commissioner.

He stressed that North Macedonia has maintained a steady pace in the implementation of EU reforms, but added that “much needs to be done.”

“The Member States’ decision to open accession negotiations last spring was truly historic. We look forward to the adoption of the Negotiating Framework and the holding of the first Intergovernmental Conference as soon as possible, hopefully still under this Presidency,” Várhelyi said.

Several groups in the European Parliament have submitted an amendment in support of the constructive stance of North Macedonia and criticism of Bulgaria’s provocative actions, but it is unclear whether it will be supported.

European Parliament’s standing rapporteur for Macedonia Ilhan Kyuchyuk prior to the debate, said that it was important for North Macedonia and Bulgaria to continue a constructive dialogue and reach a compromise on the action plan, which will be regularly assessed on the basis of the Friendship Treaty and in this way “the European process for North Macedonia can be restarted” and the EU will be enabled to convene the first intergovernmental conference.

“Further delays will endanger the objectivity of the membership process, we need to focus on the big picture, we need to build bridges to unite, not walls to divide,” Kyuchyuk said. 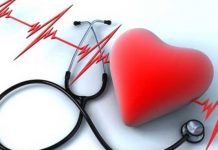 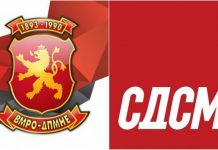