Home Macedonia VMRO-DPMNE: Spasovski should held accountable because the raid was leaked and the... 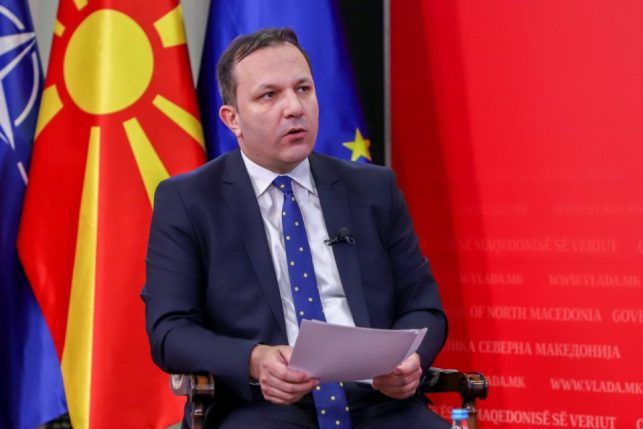 Oliver Spasovski lied ij vain to the public when it was announced that the operation “Mountain”, in which a huge drug group was arrested, actually comes down to confiscating several tens of grams of drugs and freedom for the main drug bosses, said the opposition party VMRO-DPMNE.

“Spasovski should be held accountable because the raid was leaked and the drug lords were allowed to escape. Zoran Zaev’s party prosecutor Vilma Ruskovska is an integral part of this mafia chain. People in power are only capable of crime. It is the fifth year that no serious criminal has been arrested or removed from the streets of the country. No wonder the government why all the international institutions consider this government the most criminal in Europe. This is because the mafia rules the country,” reads the statement of VMRO-DPMNE.