Home Macedonia Zaev and Mickoski to meet on Monday 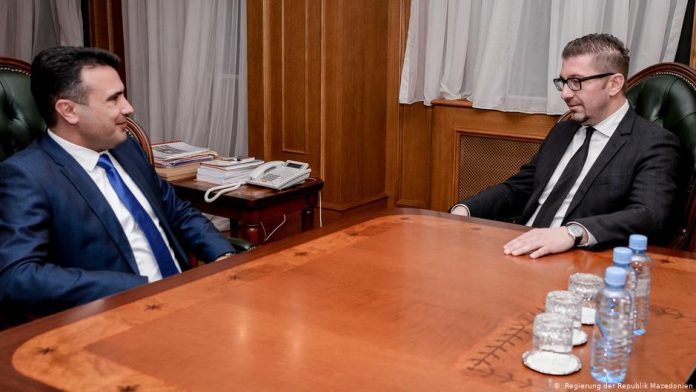 A meeting with VMRO-DPMNE leader Hristijan Mickoski has been agreed for Monday at 1 pm at the MP Club. I will talk to Mickoski about the most important issues of interest to the citizens in order for the country to move forward,” said Zaev.

There’s a lot to be done involving the Electoral Code, he said, to incorporate the OSCE/ODIHR recommendations and to define the election models.

“We advocate for open lists in the coming local elections,” Zaev said adding that he is committed to introducing a single election district in the regular parliamentary elections, set to take place in 2024, to give smaller parties chances of winning more seats in Parliament.