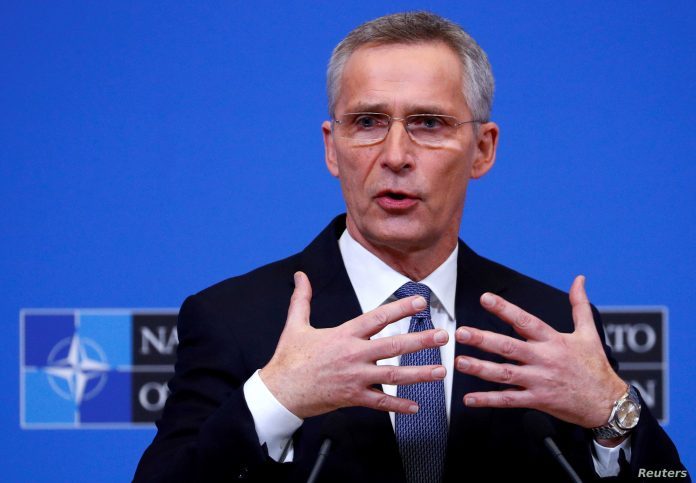 Macedonia is a valuable NATO ally, says NATO Secretary General Jens Stoltenberg in the note of congratulations on the successful first year as Alliance member.

In the video-address, Stoltenberg says North Macedonia is a sovereign country in a strong Alliance, with a seat on the NATO table and an equal voice in the shaping of the organization’s decisions, the Ministry of Defense said in a press release.

Referring to North Macedonia as a reliable security provider, the Secretary General salutes the participation of Army troops in NATO-led missions.

“Together with Defense Minister Radmila Shekerinska I met your special forces training in Skopje. And I met your highly professional, courageous troops fighting international terrorism when I visited Kabul. North Macedonia is a reliable security provider,” says Stoltenberg.

He also salutes the clear defense spending plan of investing two percent of the GDP for defense purposes by 2024.

“NATO helps to create stability which is the bedrock of economic growth,” he adds.

The NATO chief also turns to the Alliance’s solidarity amid a pandemic and new security threats, saying an ambitious agenda for the Alliance’s future, through the NATO 2030 initiative, would be set at the summit later in the year.

“Because in these uncertain times, it is even more important to have friends and allies. So, congratulations again to North Macedonia on a successful first year. Thank you for your continued contributions to our shared security and thank you to the NATO Liaison Office for all your help and support over the years. Together we stand, 30 allies strong. Together we continue to keep our people safe,” says Stoltenberg.