Home Macedonia Mucunski: Census in September is the only reasonable solution in the midst...

VMRO-DPMNE MP Timcho Mucunski met Wednesday with the people of Resen and the Prespa region. Asked by a reporter about the saga of the population census in the Republic of Macedonia, he said that he expects the agreement from the meeting between the leaders of VMRO-DPMNE Hristijan Mickoski and SDSM Zoran Zaev to be respected and the census to be held in early autumn, ie in September.

“As for the census, there is an agreement to postpone it and that should be respected. Not because there is an agreement, but because it is the only reasonable solution in the midst of the pandemic in which we see a huge number of our fellow citizens getting infected, we see the collapse of the healthcare system and unfortunately many deaths. It is a huge tragedy that is happening to Macedonia and therefore the census should be postponed,” said VMRO-DPMNE MP Mucunski.

According to him, the citizens requested the postponement and it is reasonable for the institutions of the system to act in that direction.

“I wouldn’t like to have an unpleasant surprise that might not happen. We should work in accordance with the agreement, and the agreement is in the interests of protecting the health of citizens,” said Mucunski. 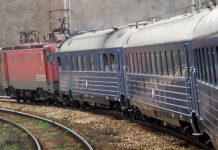