Home Macedonia Are the Prime Minister and the Foreign Minister preparing the Macedonian people... 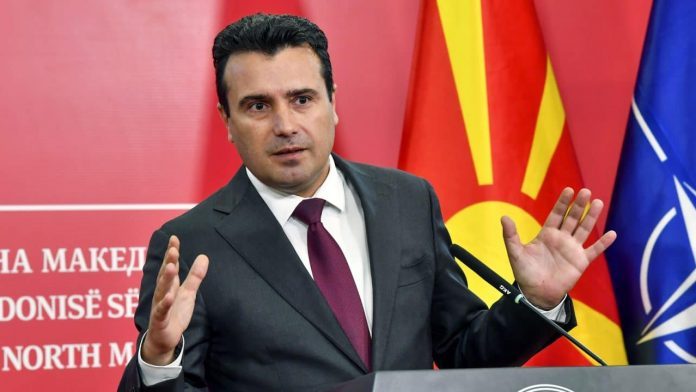 Are Prime Minister Zoran Zaev and Minister of Foreign Affairs Bujar Osmani preparing the Macedonian people for new concessions to Bulgaria and a possible compromise in May or June this year, is a question that arises after the Prime Minister said in a TV interview that he and Boyko Borissov agreed on beginning talks on a possible solution to the open issues immediately after Sunday’s elections in Bulgaria.

Foreign Minister BujarOsmani also said he was optimistic that the new approach for building confidence between North Macedonia and Bulgaria will restore the climate of rational debate after the Bulgaria elections on Sunday.

“I expect it to happen starting this Monday in order the two sides through serious commitment to settle the differences and to allow the EU leaders to reach a consensus over the negotiating framework and the first intergovernmental conference at the June-July summits, I’m confident as of Monday we’re entering a fresh dynamic of communication where the focal point will be rationality rather than emotions,” Osmani said.

Contrary to such views of Zaev and Osmani, opposition leader HristijanMickoski a few days ago urged for an immediate intergovernmental conference EU Macedonia. According to Mickoski, there is no room for new concessions from the Macedonian side and that the pressure should be directed towards Bulgaria.