Home Macedonia VMRO-DPMNE: Spasovski and Zaev are at the top of the “Mafia” affair,... 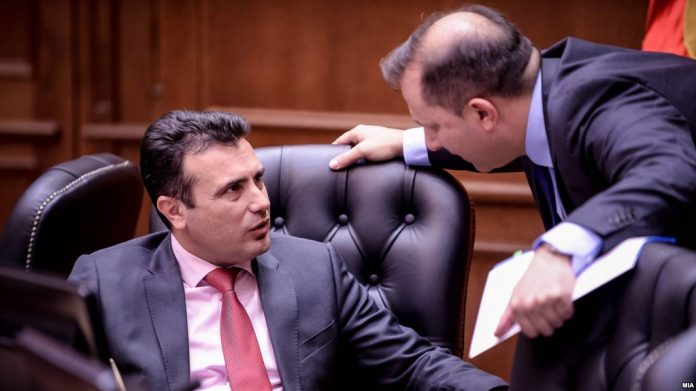 Spasovski and Zaev underestimate the intelligence of the people and think that they will sell them a story, that a passport officer knows the drug bosses Peker and Vukotic and can issue them a passport with a different identity, without having logistics from all of the Ministry of Interior up to Spasovski, and Zoran Zaev to be informed about that, says VMRO-DPMNE.

The party points out that according to the information from the bulletin of the Ministry of Interior, Sedat Peker was expelled from Macedonia on January 19 this year, and four days later he was photographed for an ID card at a police station.

“How did Peker, who was expelled, come back to Macedonia, where and how did he cross the border, and how is it possible for him to cross the whole of Skopje unnoticed? It is not possible for Peker, who we saw on social media, to walk around Skopje with 20 security guards, to pass through Skopje without the Ministry of Interior knowing about it. The situation is the same with Jovan Vukotic. Who crossed several borders with a Macedonian passport, and testified in court in Belgrade, said that he received it legally from the Ministry of Interior. Who and how negotiated these drug lords and how much does the Macedonian passport sold to criminal structures from the Balkans and the world cost ?, the party asks.