Home Macedonia Prosecution reveals where the seized drugs in Friday’s raid were supposed to... 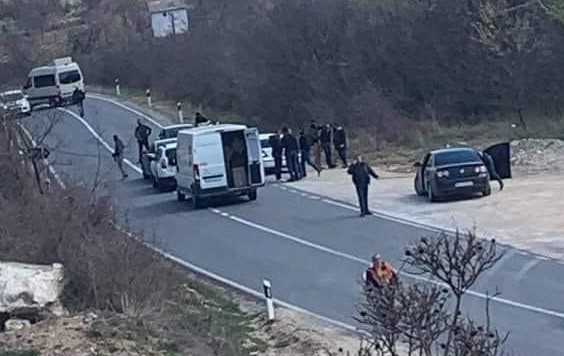 Criminal charges have been filed against six people arrested while transporting 200 kilograms of marijuana on the Prilep–Rosoman highway on Friday after a months-long investigation by the Ministry of Interior in cooperation with the US Drug Enforcement Administration. Forty cardboard boxes containing 400 polyethylene bags of marijuana worth over 800 thousand euros were seized during the police operation.

According to press releases from the Public Prosecutor’s Office and the Ministry of Interior, the group is accused of unauthorized production and distribution of narcotic drugs, psychotropic substances and precursors.

The purchase and sale of marijuana in the amount of 200 kilograms for an unspecified amount of money, was agreed with  N.N., citizen of the Republic of Greece and was to be realized Friday in the parking lot near the village of Radobil.