Home Macedonia Spasovski photographed with suspects in the “Mafia” scandal 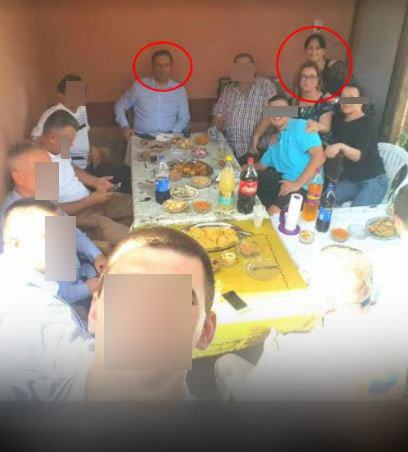 VMRO-DPMNE Secretary General Gjorgjia Sajkoski revealed photos showing Interior Minister Oliver Spasovski in the company of one of the suspects.

“According to MoI newsletter, the clerk, identified as N.Z., who is visibly an activist of the ruling SDSM party, had Spasovski over for an iftar dinner. We see this person, who is a suspect in the mafia passports scandal, in the company of Spasovski. All it takes is to scratch the surface and the crimes go straight to the top of Zoran Zaev and Oliver Spasovski,” Sajkoski said at a press conference.