Home Macedonia Austrian Minister Edtstadler: I have no understanding for Bulgaria’s blockade, I urge... 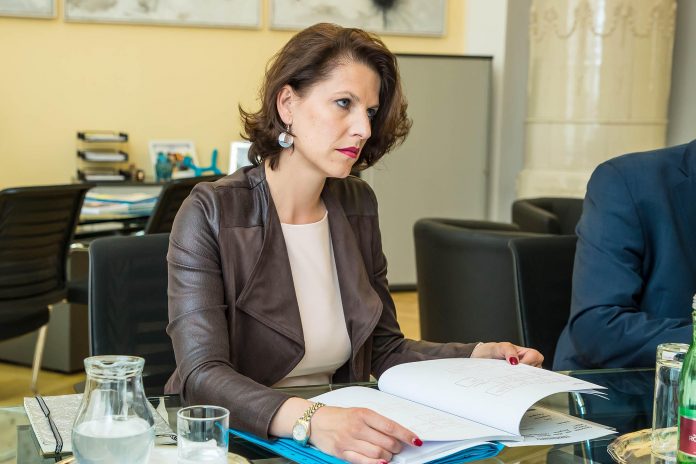 North Macedonia is a model candidate and let me clearly say that the negotiating frameworks for the first intergovernmental conference should be swiftly finalized during the Portuguese Presidency. Further delay will make us all losers. I honestly say that I have no understanding for Bulgaria’s blockade, said Austrian Minister for the EU and Constitution Karoline Edtstadler at a joint press conference with Deputy PM for European Affairs Nikola Dimitrov in Vienna on Thursday.

Minister Edtstadler said North Macedonia even changed its name to make further progress towards Europe, recalling that enormous efforts were invested during last year’s German Presidency to solve the Bulgarian impasse, but to no avail.

“This blockade remains on the top of the agenda in the Council and the foreign ministers’ format. I urge Bulgaria to end its resistance. We offered Vienna as a neutral place where talks could continue. This offer has not been accepted thus far, but let me stress that a vacuum occurs if this accession perspective is not realized with action,” added Edtstadler.

She noted that the vacuum could be filled by other countries that want to exercise influence such as China and Russia.

The Austrian Minister said Vienna would continue to provide its support to North Macedonia and the Western Balkans on the EU path.

“There are economic opportunities especially in North Macedonia, which is the main point, and that is why we are committed to the region. Our companies bring additional value in the area and here,” said Edtstadler.

On illegal migration, she said North Macedonia remains an important partner in the field and cooperation with the country is of pivotal importance, since 41,000 migrants transited North Macedonia only in 2020.