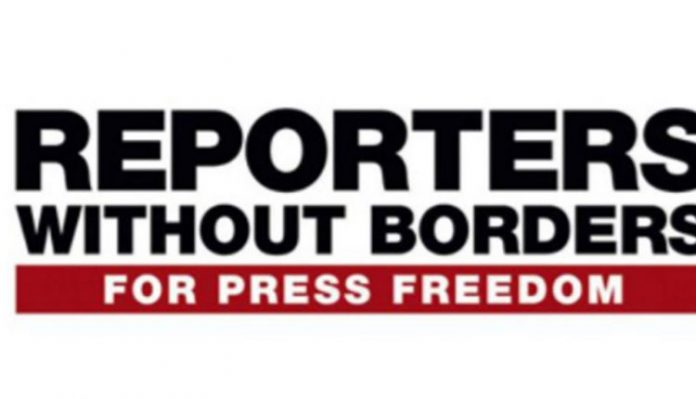 Macedonia has jumped 2 spots in the past year up to 90th placing among 180 countries in the 2021 World Press Freedom Index released on Tuesday by Paris-based Reporters Without Borders (RSF).

The report notes that the country moves up to two places, but faces criticisms for threats and attacks on journalists and media, MIA’s Brussels correspondent reported.

According to the 2021 World Press Freedom Index, which measures curbs on access to information and obstacles to news coverage, the global COVID-19 pandemic has led to increased repression and attacks on journalism worldwide.

Norway is ranked first in the Index for the fifth year running, followed by Finland, Denmark and Sweden, while China, Eritrea and Turkmenistan are ranked at the bottom.

Macedonia advances from 92nd to 90th place in the Index, whereas it is ranked worse than Bosnia and Herzegovina, Albania and Kosovo and better than Serbia, Montenegro and Bulgaria.

“2020 was an extraordinary year for North Macedonia. Parliament was dissolved, a provisional government took over and then snap parliamentary elections had to be postponed because of the Covid-19 pandemic and the resulting state of emergency. The situation of the media worsened, senior government officials continued to threaten and insult media outlets, while cyber-harassment and verbal attacks against journalists increased on social media. All this served to reinforce the well-entrenched culture of impunity,” reads the RSF report.

“Organizations that represent the media strongly opposed the various proposed amendments to the state and privately-owned broadcast media law that would allow state advertising in the media. They opposed this on the grounds that it could encourage clientelism,” the RSF said.

According to the RSF report, the justice ministry is drafting a new penal code that should make journalists and media workers safer.