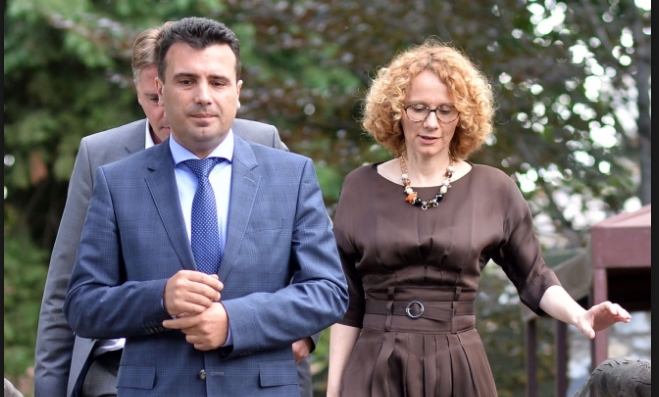 After the announced resignation of Radmila Shekerinska from the position of SDSM vice president, the complete takeover of the party by Zoran Zaev and his associates from Strumica begins, reports Republika.mk.

Shekerinska was remnant of the so-called “Skopje” wing, which is considered intellectual, but which cannot get to say a word because of the group of “rural ones” as they call those close to the party leader Zaev.

However, they have been replaced by Ljupcho Nikolovski, Kostadin Kostadinov, Venko Filipche, who, although from Skopje, joined the team of “rural ones”, as well as Oliver Spasovski, who are considered to be people trusted by Zaev and who are expected to win even higher seats in the party at the congress in May.

With that, Zaev will strengthen his position in the party if he is ever asked to resign after the first upheavals that will come due to a scandal or defeat in the first elections.

According to Sofija Kunovska, one of the most outspoken critics of Zaev from within the party, the division he arranged with Shekerinska was 55:45 in terms of public offices. It’s unclear whether this arrangement can last much longer if Shekerinska is removed from the party and Zaev becomes its sole ruler, wrote Republika.mk.