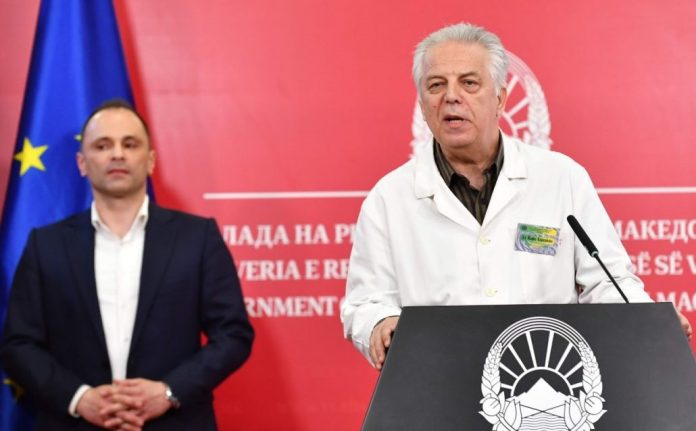 Parliament Speaker Talat Xhaferi confirmed that he received a decision on April 18 that MPs infected with COVID-19 are allowed to break their mandatory isolation and attend Parliament sessions to vote.

After almost a week of silence, Xhaferi finally revealed that the head of the Commission for Infectious Diseases Zharko Karadzovski gave permission, i.e. signed an approval that the MPs from the ruling coalition – Bisera Kostadinovska Stojcevska from SDSM and Miroslav Bogdanovski from DOM, although positive for COVID-19 attend Parliament sessions in order to vote on bills of the government that has a fragile majority in Parliament.

“The decision was signed by Dr. Zharko Karadzovski, the head of the Commission for Infectious Diseases. I insist that no offense has been committed with the arrival of the two MPs in protective suits in Parliament. The MP is not criminally liable for speaking in Parliament and for participating in Parliament, because that is a constitutional category. That is why the MP cannot be hindered in its work, even if a state of war has been declared,” Xhaferi said.