Home Macedonia Mickoski: Macedonia is the only country in the world with so many... 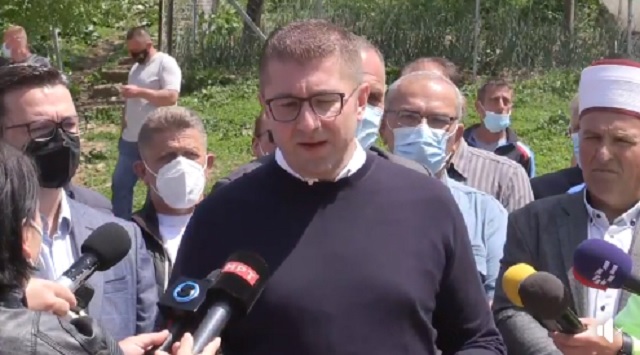 In a statement for the media regarding the case of April 27 and the Parliament events, VMRO-DPMNE leader HristijanMickoski said Tuesday in Petrovec that Macedonia is the only country with so many “terrorists” in prisons and draconian sentences. He said the demands are in the direction of unconditional justice for every single citizen, nothing more than that, and announced new protests after the holidays.

He stressed that VMRO-DPMNE supports the fight for justice, does not support violence, but in Macedonia there is a judicial practice in cases where there is a reasonable suspicion that they were politically motivated to start a retrial and from the beginning to argue the positions of both parties on one side of the prosecution and on the other side of the defendants and that is what the party stands for.

“There should be no privileged groups of citizens, there should be no citizens who will be close to VMRO-DPMNE, SDSM, DUI, Alternative, Alliance or other political parties. There are simply honest citizens in this country who respect the Constitution and the laws and those who are criminals should be held accountable, we are fighting for that,” said Mickoski in Petrovec.