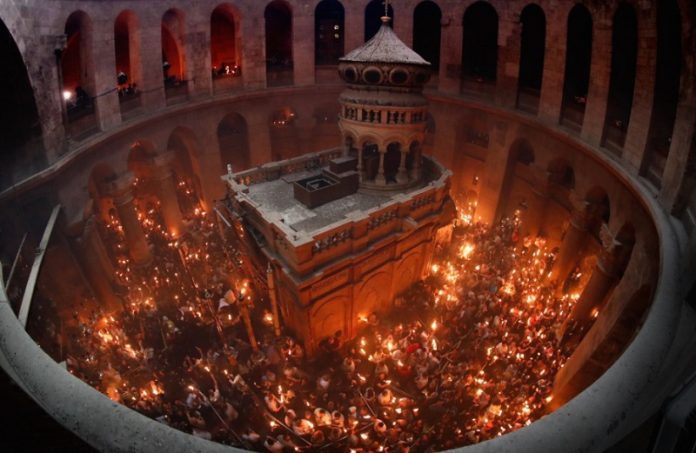 On Holy Saturday, the Holy Fire from Jerusalem arrived at the Skopje International Airport. Before landing in Skopje, the Holy Fire was taken over by Darijan Sotirovski, Head of Commission for Relations with Religious Communities, at the Athens airport, where it was handed over to him by a Greek delegation.

Upon arrival, the Holy Fire at the Skopje International Airport was welcomed by Orthodox church officials, who will then take it to all cities and towns across the country.

Also, Sotirovski handed over the Holy Fire to the Archibishop of Ohrid and Macedonia HH Stefan at the Monastery of St. George the Victorious.