Home Macedonia Instead of prison, Kicheec is enjoying himself at summer terraces of taverns,... 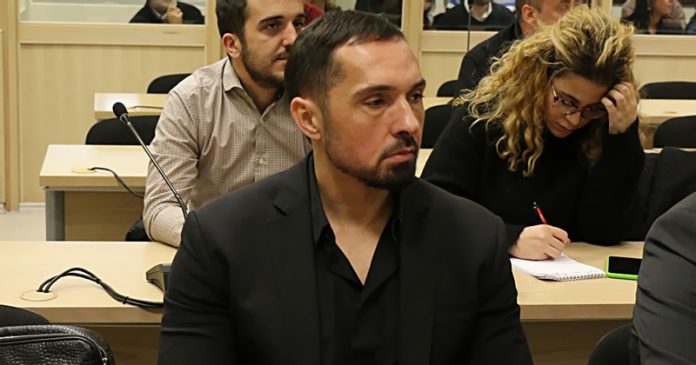 Macedonia is a country ruled by a mafia regime, and in which there are political prisoners, sentenced to draconian sentences on the basis of uncredible, highly suspicious and pre-arranged witnesses who exchange statements in exchange for smaller sentences, VMRO-DPMNE spokesperson Naum Stoilkovski said Monday.

“In Macedonia, the favorites of the mafia regime, those who supported and participated in the mafia crime, and were caught with audio-videos known to the public, are sentenced minimally, and although convicted are either at home or still walking the streets . Zoran Mileski a.k.a. Kicheec, the man sentenced to prison, the man filmed carrying the money from the racketeering, the man filmed carrying that “Louis Vuitton” bag full of money, money that according to the also convicted Boki 13 ended up with Zoran and Vice Zaev, instead of in prison, enjoys himself and feasts on the summer terraces of the taverns. This is scandalous, but also expected. The mafia regime, through the judicial system in a bud, instead of serving a prison sentence, placed Kicheec in Struga, in an open prison, where the prisoners can get out!, said Stoilkovski.