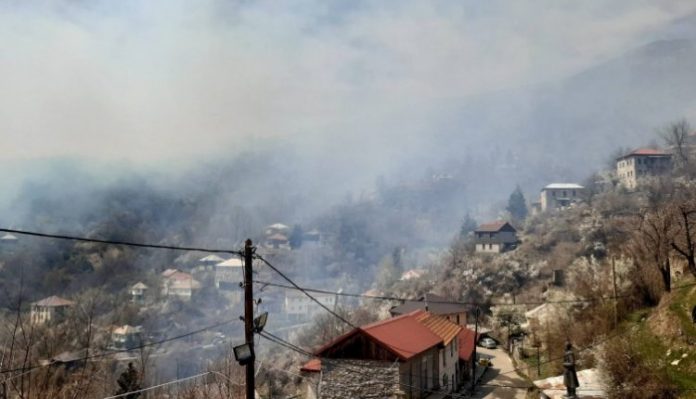 Yesterday, firefighting equipment from the 20th century in a candidate country for the European Union in the 21st century was burning over Galichnik. Thanks to the victims of the firefighters and the army wolves, the fire was brought under control, wrote VMRO-DPMNE leader Hristijan Mickoski on Facebook.

Meanwhile, Petre Shilegov procured a firefighting car mechanical scale worth just over 1.7 million euros. The holder of the procurement is the Hungarian company, yes to a company based in Budapest. The same country and city that SDSM has fiercely anathematized for the past three years, but business must go on. While the business is going on and the forests are burning, the same company appears as a partner of the Hungarian company, where the son-in-law of the Secretary of the City of Skopje is a co-owner. Strange but true, the company where the son-in-law of the closest associate of Petre Shilegov is a co-owner concludes an agreement with the holder of a procurement in the amount of 33,244,500 denars or about 540,000 euros. And yes, surely the city of Skopje will unjustifiably deny that in the period from 2012 and 2017 the same company won tenders in the time of VMRO-DPMNE, slightly less than 150,000 euros (although not at that time, but today, the daughter-in-law is secretary of the city, and the company will deny that it has foreign capital since 2017 and was not the son-in-law of Petre Shilegov’s closest associate, but in the coming days we will reveal more and more suspicions of Petre Shilegov’s crime and we will see staff squabble in an attempt to defend, But the end is near, and with the end comes responsibility. If you are wondering why there is a lack of firefighting equipment, why business and stuffing pockets is a priority for the government,” Mickoski wrote.