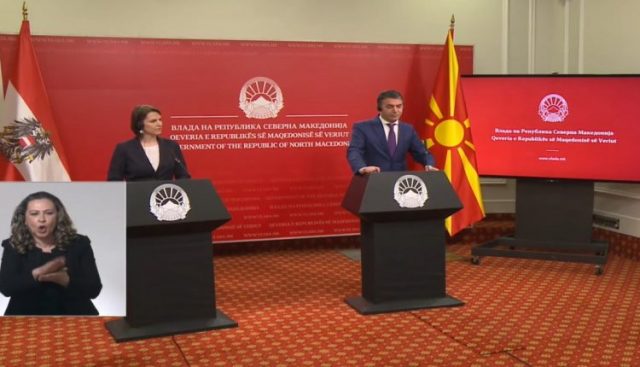 Karoline Edtstadler, Austrian Federal Minister for the EU and Constitution said Tuesday that Austria offers to be a mediator in overcoming the dispute between Macedonia and Bulgaria to unlock the European perspective of our country.

Edtstadler said that North Macedonia and Albania should continue together on their EU accession path, noting that decoupling the two countries might be risky and should be prevented.

“We would like to see Albania and North Macedonia getting a real EU perspective together. We believe it would be risky if we decouple the two countries and this should be prevented. The slogan ‘leaving no one behind’ should be maintained,” said Minister Edtstadler.