Home Macedonia Dimitrov: We were told in 2018 that we will start accession negotiations... 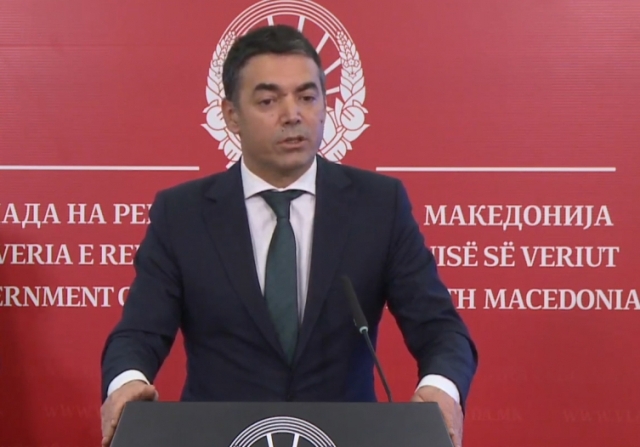 It is time we started the accession negotiations. Our case is a true test for the EU, because we have been a candidate for 16 years, said Deputy PM for European Affairs Nikola Dimitrov on Tuesday. Responding to a question during a joint press conference with Karoline Edtstadler, Austrian Federal Minister for the EU and Constitution, Deputy PM Dimitrov said the imperative of success is truly enormous this year, noting that talk about EU and reforms is based on promises coming from Brussels.

“We were told in June 2018, ‘we are setting out the path towards accession negotiations in June 2019’. In June 2019 , we were told ‘we cannot come to a decision now’. The decision was taken in March 2020 but has not been implemented until now. That is why I am being more and more sincere and open. I believe our case is a true test for the EU, we have been a candidate for 16 years, our level of alignment is similar, and in certain areas we are in an even better shape than countries that have been in the accession process for many years,” said Dimitrov.