Home Macedonia Geer: Macedonia and Albania have done a lot, now is the time... 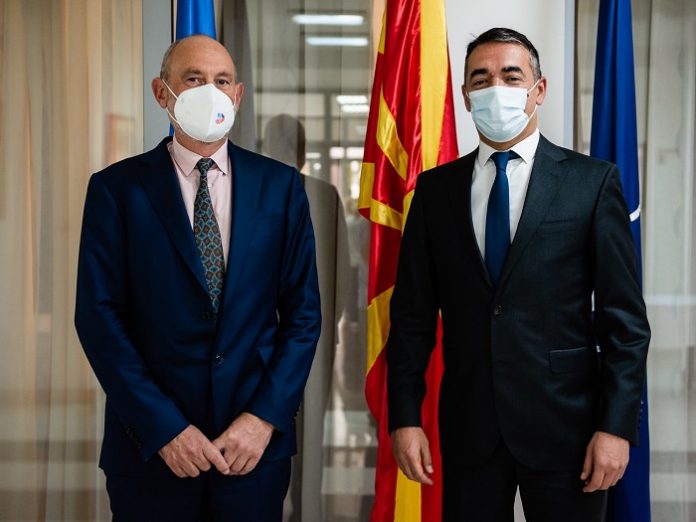 The European Commission position is very clear, the EC has been very interested from the very start to see the intergovernmental conference and the start of accession negotiations with Macedonia and Albania as soon as possible. On the other hand, the enlargement process is based on merits and I believe that both countries have done a lot in this context. But now is the time to move forward and make progress, said EU Ambassador David Geer on Sunday. Ambassador Geer held a joint press conference with Deputy PM for European Affairs Nikola Dimitrov.

On the Bulgaria dispute, Ambassador Geer said both countries must come to a mutually acceptable solution.

“The European Union encourages both sides to come to a mutually acceptable solution. With regards to the decoupling of North Macedonia and Albania and the recent visit of Enlargement Commissioner Oliver Varhelyi, he said the European Commission is working on the intergovernmental conferences with both countries, adding we have still not come to that moment. Of course, this is also a question for the Council that also includes 27 member-states addressing this issue,” said Geer.