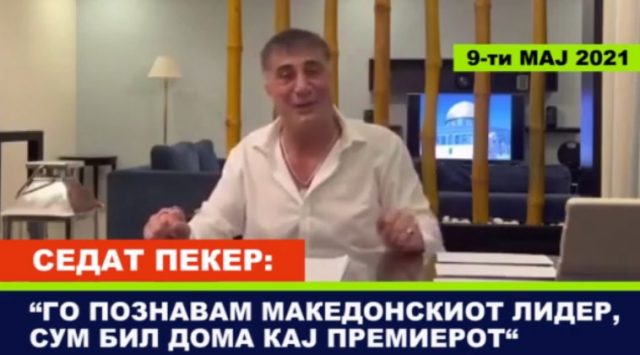 Turkish mobster SedatPeker, who after the announcement of the “Mafia” affair was pointed out as one of the many who received a Macedonian passport with a false identity, says that he personally knows Prime Minister ZoranZaev and that he was at his house.

One month earlier, ZoranZaev failed to say whether he knew Packer personally and whether he had received him at his home. On the contrary, Zaev pointed out that people from his coalition, not him, met with Peker “in the bazaar or other places.”

The opposition also publicly asked if SedatPeker was in meetings at the government building.

SedatPeker, suspected and wanted by the Turkish authorities as the leader of an organized criminal group to whom the Macedonian Ministry of Interior issued a Macedonian passport under the name JadinAmedovski is still a leading topic in the regional media, especially in Turkey where they were conducted dozens of arrests of members of his group and close associates in late April.