Home Macedonia Macedonian identity is non-negotiable and never will be, says Zaev 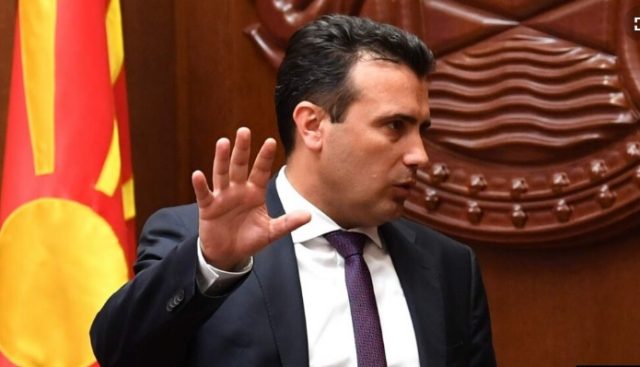 “This week we have a busy European working agenda in Skopje, Brussels, Madrid and Athens. We’ve held meetings with top officials from European institutions and made sure they understand that the Macedonian identity is non-negotiable and never will be,” Zaev said in an address from Brussels, summarizing the results of the delegation’s meetings.

Von Der Leyen, Várhelyi, Sassoli, Borrell, Timmermans, Lajčák, Kyuchyuk, Ciolos, the PM underlined, know our position, adding that there won’t be any negotiations while somebody is trying to put the Macedonian language and identity up for discussion.

“We said it loud and clear: remove talks about the Macedonian language and identity from the table and we can resume discussions on our European future,” Prime Minister Zaev noted.

We, he added, have pride and identity. Pride can change, but the Macedonian identity is one and only, unchangeable. No one can play with it, not my or any other government, and especially not another country or the Union that we’re not a member of, Zaev stressed.

Moreover, Zaev underlined that everyone must fulfill their obligations – North Macedonia worked hard, implemented reforms and served justice – now it’s time for the EU to deliver on promises.

“We resume with the European agenda, heading from Brussels to Madrid and then to the Delphi Economic Forum in Athens. The European path is one of cooperation and mutual understanding,” said the PM.