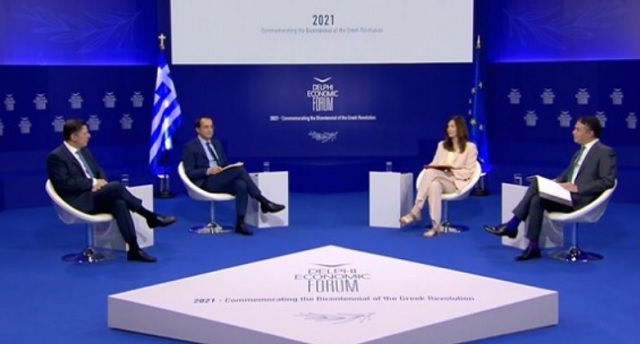 Europe must keep its promises and start of accession process for North Macedonia and Albania should not be delayed, Greek Alternative Foreign Minister MiltiadisVarvitsiotis said during the panel discussion at Delphi Economic Forum in Athens, adding that they oppose possible decoupling of North Macedonia-Albania’s EU path.

Varvitsiotis took part in the panel discussion along with Deputy PM for European Affairs Nikola Dimitrov and pointed out that “with the accession of Albania and North Macedonia to the EU, Greece will finally have land borders with other member states.”

“It is important that the process starts immediately for all candidate countries. We oppose separating the start of North Macedonia’s and Albania’s EU accession talks. We consider it as a catastrophic approach to regional stability,” Varvitsiotis said.

He added that the new enlargement process from last year “should be a credible process and should be a faster process compared to the old one”.