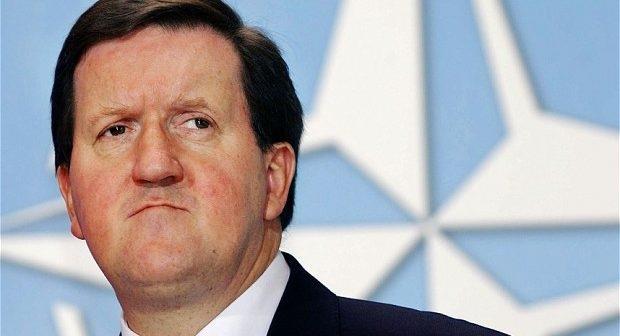 Former NATO Secretary General George Robertson, during his participation in the Euro-Atlantic Club conference in Sofia, urged the Bulgarian authorities to lift the blockade on N. Macedonia for starting negotiations with the European Union.

The president of the Euro-Atlantic Club and former Minister of Foreign Affairs of Bulgaria Solomon Passy ​​supported Roberson’s call and called N. Macedonia “our very good neighbor and friend”.

Robertson reminded Bulgaria that it is necessary to have a more pragmatic approach to international risks in defending the values ​​of the Euro-Atlantic Union. The former NATO Secretary General also reminded of the values ​​and standards of the Alliance and the Euro-Atlantic community and the crises in the Balkans, adding that their solution took place through a Euro-Atlantic perspective.

The conference of the Euro-Atlantic Club in Sofia was also attended by the new Ministers of Foreign Affairs and Defense of Bulgaria SvetlanStoev and GeorgiPanayotov. Macedonia’s President StevoPendarovski  was special guest at the forum.