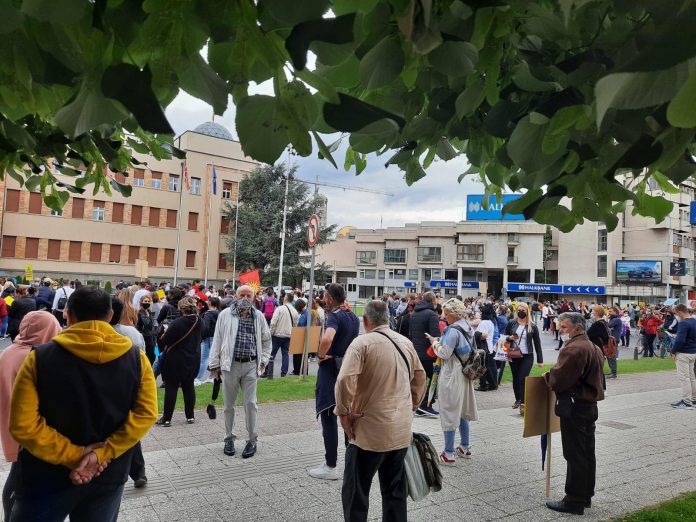 Students supported by their parents and teachers protested Saturday against the policies announced by Minister of Education and Science Mila Carovska, in Skopje, Bitola, Tetovo, Prilep, Kocani, Kavadarci, Makedonska Kamenica, Kumanovo and Radovish.

Outraged students and parents have joined protests across the country over the announcement of digitalization in education and the abolition of textbooks.

They were furious because of the fact that the column for parents of children does not say mother and father, but parent 1 and parent 2.

The citizens’ initiative “There must be textbooks and teaching” held a protest that started on Saturday in front of the Ministry of Education and Science, continued to the Government, and ended in front of the Parliament. The initiative opposes the adoption of the new Law on Textbooks for Primary and Secondary Education.