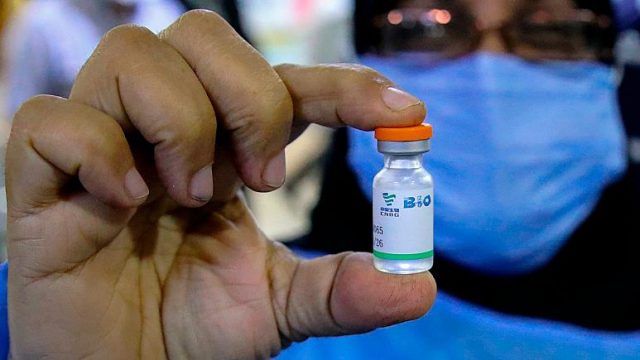 Chinese Ambassador Zhang Zuo handed over a donation of 100,000 Sinopharm vaccines against Covid-19 from China’s Ministry of Defense to Defense Minister Radmila Shekerinska and Health Minister Venko Filipche in front of the vaccine warehouse in the Jane Sandanski Polyclinic on Saturday morning.

“This is a significant amount of vaccines, which for a population like ours can considerably change the epidemiological picture,” Filipche said. “The donation confirms the partnership between the two countries. I hope our cooperation will continue.”

The minister of health pointed out the country’s vaccine program would go on prioritizing inoculating elderly people.

Minister Shekerinska said that the donation has come at the right time.

“This is a real help at the right time,” she said. “It will give us the chance to vaccinate more army members and also provide more vaccines to citizens through the public health care system.”

Chinese Ambassador Zhang Zuo said the donation was another gesture of support to North Macedonia’s citizens in the spirit of friendship.

China, Ambassador Zhang pointed out, stands ready to help the Macedonian nation in these pandemic times.

The delivery of the vaccines was agreed upon at the meeting between Minister Shekerinska and Chinese Defense Minister General Wei Fenghe during his visit to North Macedonia.

Late last month, 200,000 Sinopharm vaccines arrived in the country, which the Government bought from the vaccine manufacturer.

Another 500,000 vaccine doses from Chinese manufacturer Sinovac are also expected to arrive soon.