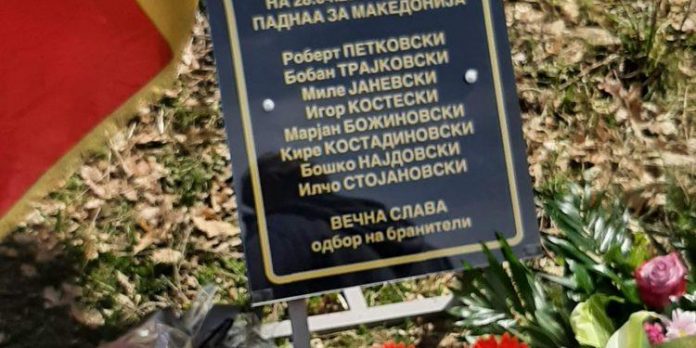 The two memorial plaques with the names of the eight defenders killed near Vejce were destroyed by still unknown perpetrators, informed President of the Board of Defenders of Tetovo Marin Najdov, who, as he said, was on the spot and determined that one was missing and the other was damaged.

“The feelings of the defenders, the Macedonian people and the parents and their children are hurt. I think that the institutions are not doing their job well and who knows how many times we put up a plaque and it disappears. That one society is accepted by all. However, it does not happen in our area, and for what reasons the political structures must answer because it cannot be one-sided love, said Najdov.

He said that on the anniversary on April 28 and the revealing of the plaques he sent a message on behalf of the concept of a society that all the plaques should be protected.