Home Macedonia Zaev proposes new composition of the Central Board, over two thirds are... 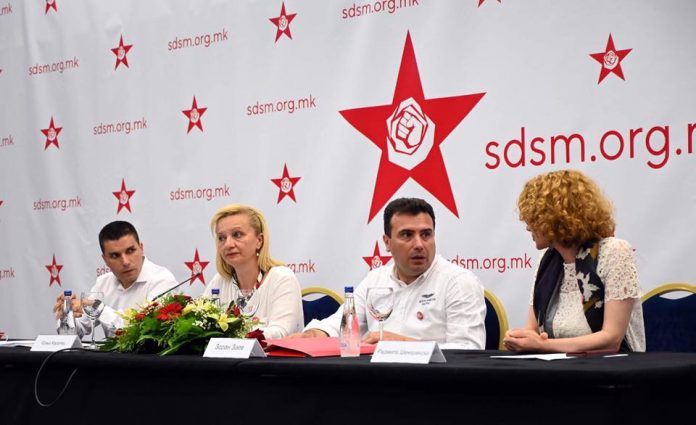 Adopting a new party statute and code of ethics, the Social Democratic Union has made sure it is even more democratic, different opinions are respected, and women and young people well represented in its leadership ranks, SDSM leader Zoran Zaev said at its 26th Congress on Sunday.

In addition to the exactly equal representation of women and men, more than two-thirds of the candidates would be brand new members of the party’s central and oversight boards.

According to Zaev, the mentality of the country’s political parties is changing for the better, beginning with the SDSM. As part of its renewed policies, the party will focus on building an SDSM “for the new times,” spearheading change, engaging as many party members as possible in the fight against corruption, and motivating the entire nation to move forward.