Home Macedonia The initiative “There must be textbooks and teaching” submit proposal for a... 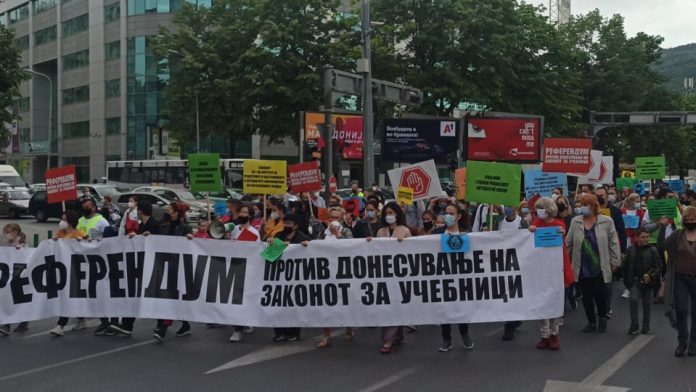 The Citizens’ Initiative “There must be textbooks and teaching” today submitted a proposal to launch an initiative to call a referendum to the Parliament Speaker, in order to vote on the draft law on digitalization of textbooks in primary and secondary schools.

About 600 signatures were collected for this proposal only in the area of ​​the city of Skopje, but from the initiative of today’s press conference held in front of the Parliament, they emphasized that they have great support from other cities as well.

“After the unsuccessful attempts to find common understanding and common language with the Ministry of Education and Science as the proposer of the law, we remain consistent with our mission and goals to stop the Law. We expect within three days after the submission of the referendum proposal, otherwise we will consider that the proposal is regulated and in accordance with the Constitution and the Laws we will start collecting 10,000 signatures in support of the Referendum Initiative,” said the initiative’s representative Daniela Dimovska.